What Is Beta Alanine Powder?

Beta alanine powder consists of an amino acid that the body converts into protein to help build lean muscle and is a popular supplement among weight lifters.

Beta alanine helps convert protein into lean muscle.† In addition, it may help reduce lactic acid build up in the muscles and help with recovery after strenuous workouts.† It may also help support the nervous system and brain.†

† These statements have not been evaluated by the Food and Drug Administration. This product is not intended to diagnose, treat, cure or prevent any disease.

Other Ingredients: None
Free of: Sugar, soy, dairy, yeast, gluten, and additives

Suggested Use: As a dietary supplement, take 600 mg (about 1/4 tsp) up to three times daily or as directed by a physician.

Keep out of reach of children.

Thank you for submitting a review!

Your input is very much appreciated. Share it with your friends so they can enjoy it too!

love it. great product and company

Fast muscle recovery following a workout. Also helps reduce swelling in my hands. Easy to take because it really has no unpleasant taste or after taste . Great company. Fast shipping. Nice easy to work with packaging with heavy zip lock bags . Love m 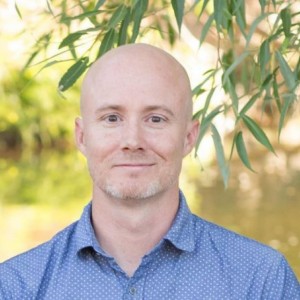 United States
I recommend this product
Gotta have that tingle!

No complaints on quality so far from any of my Bulk Supplement orders. Now packing is another story. Previous bags were hard to close and some of closures came apart so I ended up putting in a ziploc bag. But this order the bags seem to be better quality. Plus I get that tingle I love ❤️ from my Beta Alanine! Win win.

I prefer this to even Carnosyn’s beta alanine which is supposedly the best on the market.

United States
Powder, or Crystallized Beta Alanine is such an improvement over capsules!

Being in the process of diagnostics on malabsorption disease around Vit B/Amino Acids, my new doctor gave me a base Rx, on the Beta Alanine, with other compounds like Taurine, Glycine and Serine that restored muscle and tendon tone & use in my hands, plus relieved hardened swelling at the joints of knuckles. How marvelous that Beta-Alanine is also tasteless, odourless and dissolves well & quickly even in room temp. water! I had other diagnostic Rx's of compounds that were so awful that I would have the same mixture days later, til I had to throw it away, becoming foul besides awful! Now, I can drink the Beta-Alanine in a small amount of water along with the 3 other items, no choking, hating life and such as the others gave me! Thanks Bulksupplemnts for offering a reasonably priced, well made vital amino acid compound for those of us who've had a lifetime of being ignored, dismissed, misdiagnosed and paying too much money for too little medical treatment! Taking my health into my own hands & research as guidance; it was that or just lay in bed, agonize til death! This is way better and you are helping me greatly in this winning struggle! Thanks!

it's great product that helps me get through my workouts

Added to your cart: